My ideals and the career path

I was born in 1969 into a Uighur family in Atush City, Kizilsu Kirghiz Autonomous Prefecture, Xinjiang Uighur Autonomous Region (XUAR). I grew up in a government employee residential compound where Uighurs and Hans lived together. My grandfather’s generation was illiterate, but ...[Full text]

A Conference on Uyghur crisis and professor Ilham Tohti

Interview With Ilham Tohti by Tsering Woeser on 1st Nov 2009 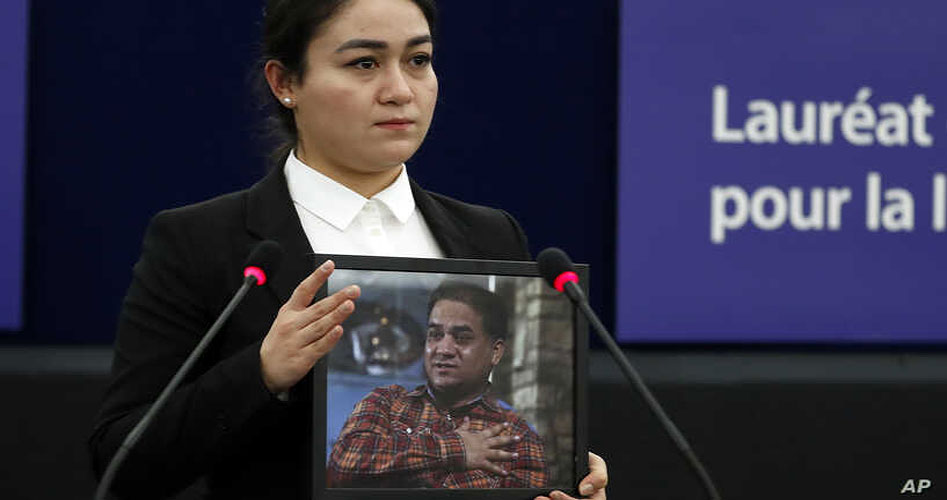 The daughter of Ilham Tohti, a Uighur intellectual who has been imprisoned in China, has said she does not know if her father is alive.

Jewher Ilham made the remark after accepting a top European human rights prize on behalf of her father.

Ilham Tohti was jailed for life on separatism charges in 2014.

China has provoked an international outcry its treatment of Uighurs, an indigenous Muslim minority, in the western Xinjiang region.

Mr Tohti, an economics scholar, is known for his research on relations between the Uighur and Han people.

Prosecutors at his trial in 2014 alleged he was engaging in separatist activities, including promoting independence for Xinjiang on his website, Uighur Online. The website aimed to educate both Chinese and Uighur speakers about social issues. He denied being a separatist, and was seen by many as a moderate voice.

Ms Ilham says she has not seen her father since 2013 and has had no communication with him for two years.

He was awarded the European Parliament’s Sakharov Prize for Freedom of Thought for promoting “dialogue and mutual understanding” between the Uighur and other Chinese people.

“I am grateful for the opportunity to tell his story, because he cannot tell it himself,” said Ms Ilham, who received the award in the French city of Strasbourg next to a symbolic empty chair. “To be honest with you, I do not know where my father is. 2017 was the last time my family received word about him.”

“Today should be a moment of joy to celebrate freedom of speech,” said the Parliament’s President David Sassoli. “Instead, it is a day of sadness. Once again this chair is empty because in the world we are living, exercising our freedom of thought does not always mean being free.”

“I hope the same thing happens with my father,” she said.

Beijing has been criticised for its crackdown on Uighur people in Xinjiang.

It has been accused of rounding up and detaining more than a million Uighurs and ethnic minorities in vast detention camps.

Beijing has insisted that the buildings are “vocational training centres” which are helping the Uighur integrate into Chinese society, in the name of preventing terrorism.

It has since said those placed in the “re-education camps” have all now graduated. These claims have not been verified because of China’s strict controls on the media.